Your simple guide to inflation

Juliette Wilson
Learning how to trade Forex. Hopeless coffeeholic. Brighton, UK
Inflation is the word we all hear but not always understand. So, what’s that and how can we control it? (Spoiler: we can’t control it, but we can adjust). Learn more about inflation in our new article.

Inflation is something we all heard about. It’s all around the news, your neighbours and colleagues talk about it all the time. Let’s see what it’s really about.

So, to put it simply, when the prices grow over a period of time, it’s called inflation. It’s an absolutely common thing for any economy - actually, it’s one of the main processes any economy is built on.

One of the causes of inflation is when the government prints too much money. However, there is one more, a far more common cause for inflation.

So now, let’s take an example. Here’s John. John is a clerk in a company that produces phones. His salary is good enough, but John just knows that prices don’t stay the same - that’s why he goes to his bosses and asks for a raise.

And he gets it! But along with John, Mary, Ben, Jane, and all the other workers demand a raise as well. They get it too. Now the company needs to raise prices to cover for the money they spent on their workers. If you put more money into making a certain product, the price for this product will rise too - and here we have phones that cost more than they used to cost a few months ago. John sees that the prices grow. And he just knows that prices won’t stay the same - so he goes to his bosses and asks for a raise.

And everything starts again. 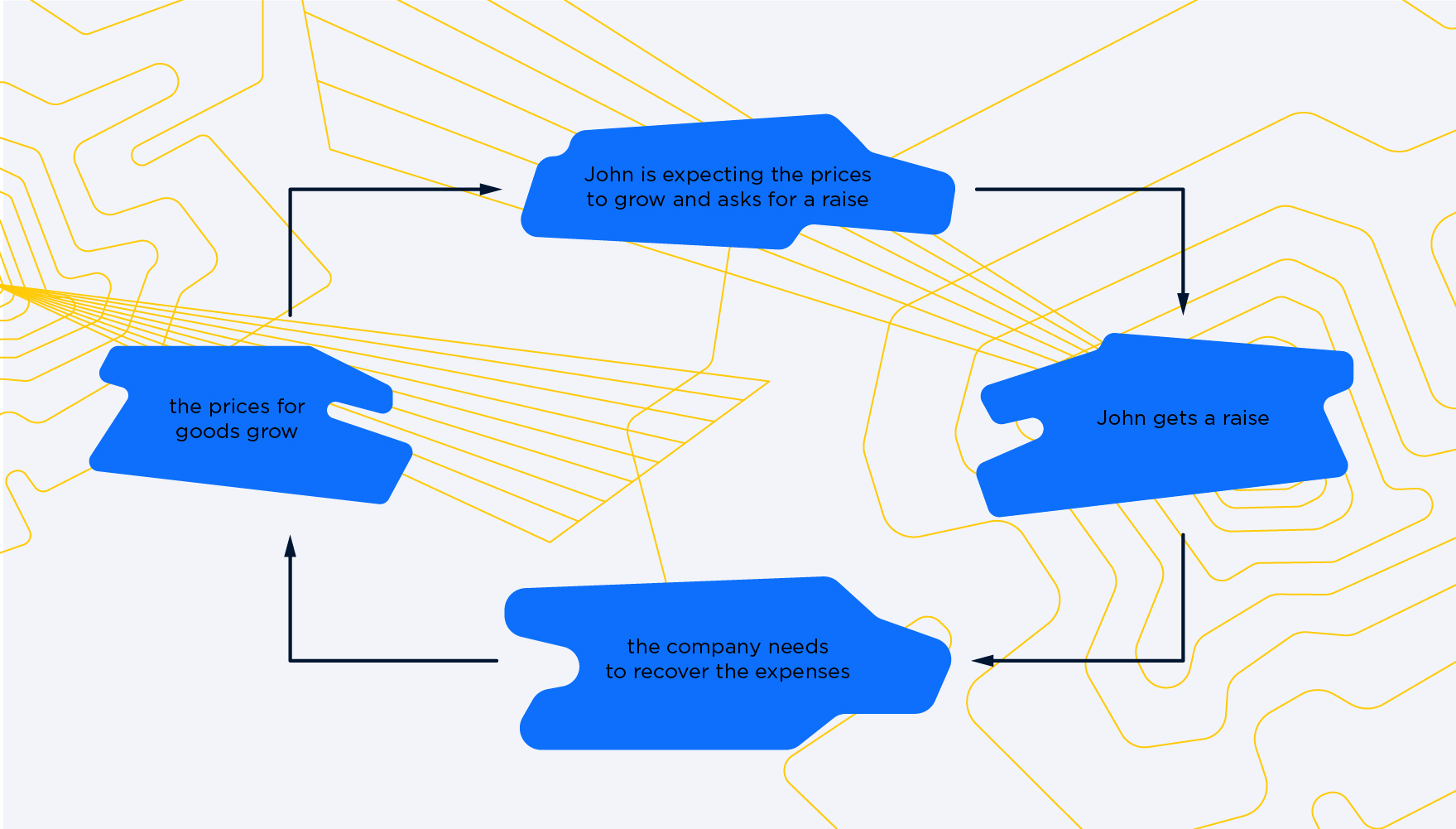 This curious circle is what makes the economy alive and moving. It’s impossible to freeze the prices. It’s like making all the cogs in a machine stop - there is no use in such machine if it just stays still.

Our salaries, however, don’t always grow the same way the prices do, and that’s the most upsetting thing. What can we do in such a situation?

The best thing is to invest. Depositing your money in banks with the interest rate that grows exponentially with inflation is the perfect solution. It’s also nice to check the prognosis for the inflation from the experts to know what exactly waits for you in the future.

Remember, the economy is adjusting, and so should you.

make profit now
Share
Tweet
Juliette Wilson
Learning how to trade Forex. Hopeless coffeeholic. Brighton, UK
more from Economics
Economics
The Trump effect and world currencies
Economics
What are the effects of inflation on the economy