Simon Knight
Self-proclaimed analysis master and a dad of 2.
Life as a chart - what a wonderful concept! Here’s the continuation of the collection about famous people biographies as trading charts - with all the highs and lows. Let's see what James Simmons' life would be as a chart.

Starting point: the only child in his family, James was born and raised in Brookline, Massachusetts. His father was a shoe factory worker, whereas James worked in a stockroom of a garden supply store, but he was so ineffective that he got demoted to a floor sweeper. 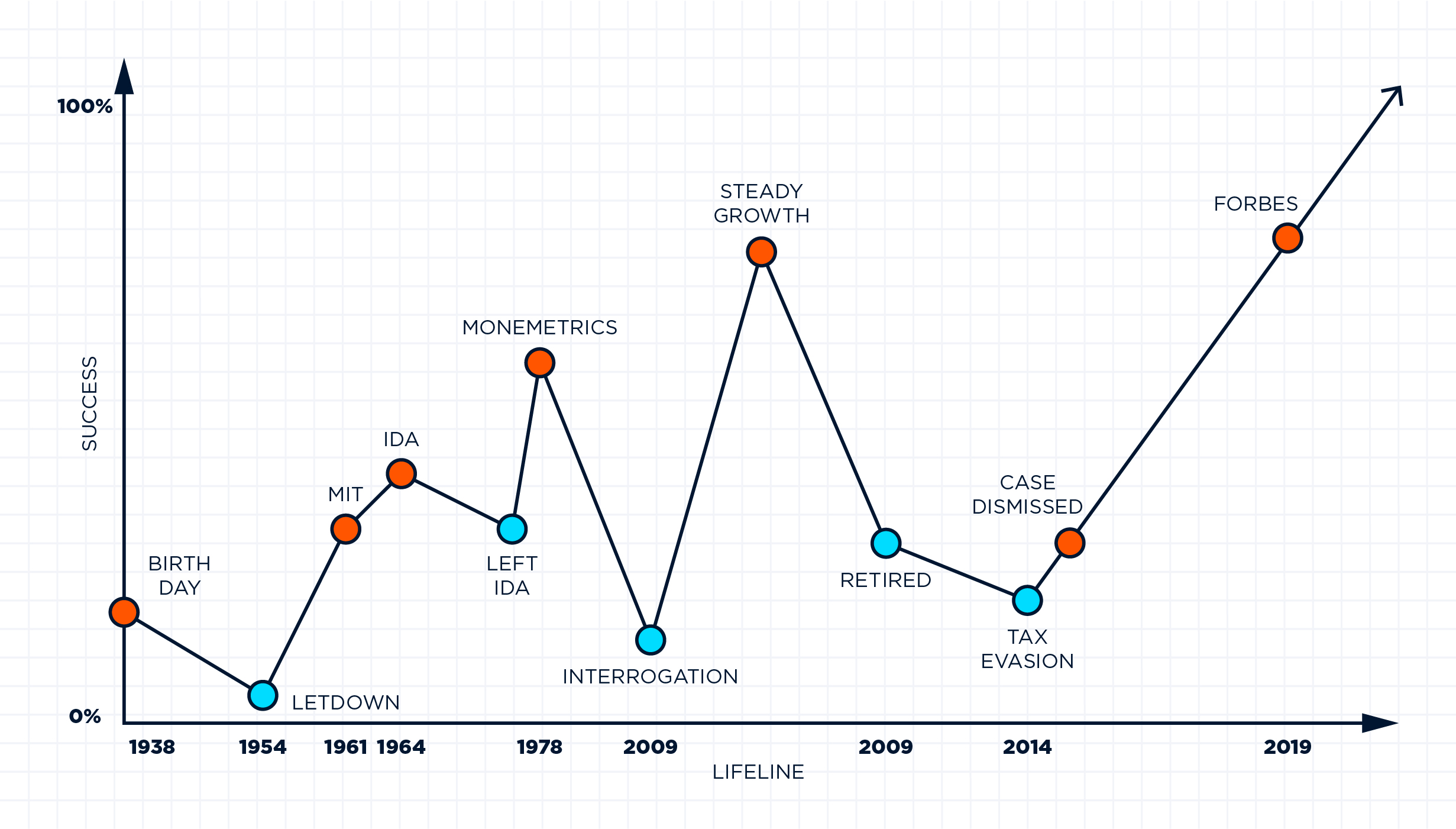 We’ve got a lot to learn from him, but here’s a perfect quote to inspire you:

A good atmosphere and smart people can accomplish a lot.

make profit now
Share
Tweet
Simon Knight
Self-proclaimed analysis master and a dad of 2.
more from Investing
Investing
How to diversify your portfolio with Forex
Investing
Forex vs Stocks: which suits you better
Investing
The Apple of Steve Jobs’ Eye
Investing
New social media tools to boost your business
Investing
A question of trading time
Investing
Forex vs. Binary options