Simon Knight
Self-proclaimed analysis master and a dad of 2.
No more boring textbook, no more boring biographies. Here it is - life as a chart. Today’s character is Carl Icahn himself - man, investor, legend.

Starting point: Carl Icahn, the only child in his family, was born in Queens, New York.

All his life might be summarized by one of his quotes:

You might as well just take over it and run it yourself. 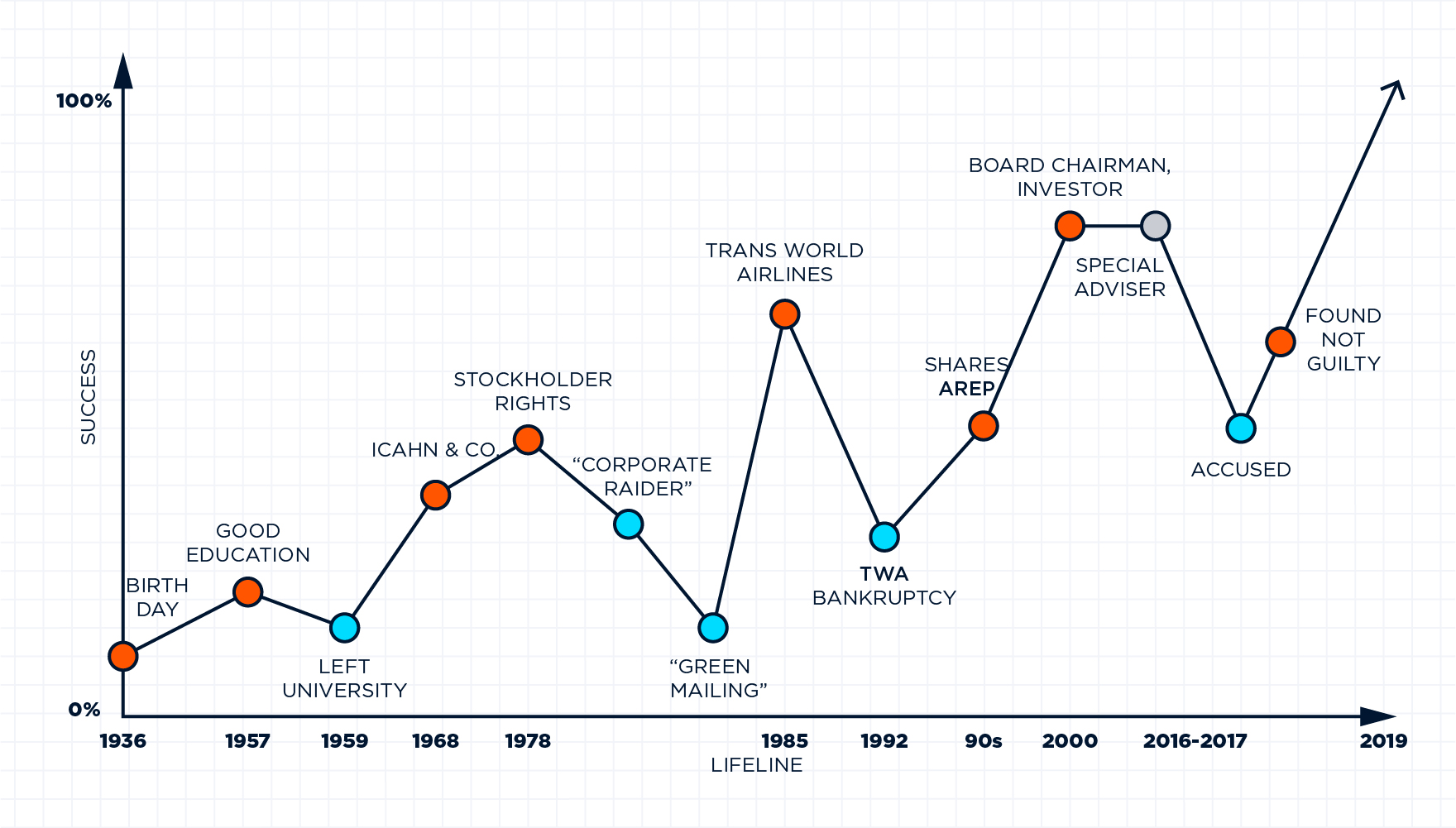