Simon Knight
Self-proclaimed analysis master and a dad of 2.
Life as a chart is a lot more simple to track than your average article full of small yet useless details. Here’s a brief insight into the life of one of the most successful traders of all times - Steven Cohen. 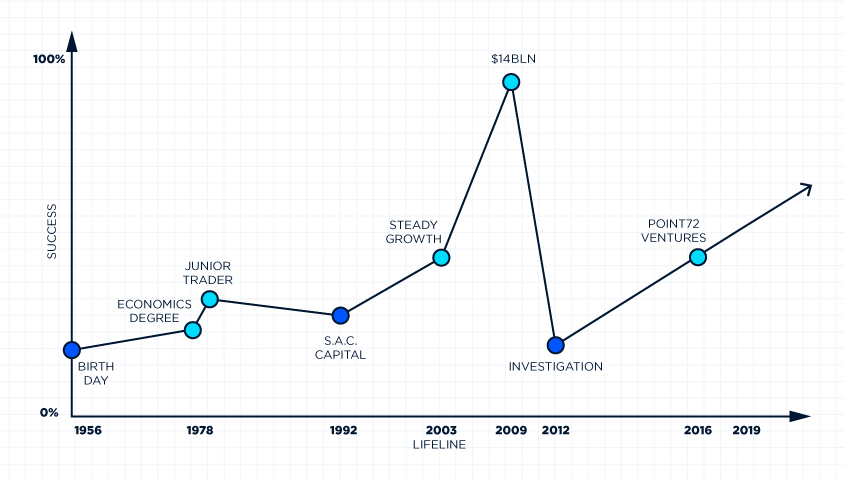 Starting point: Cohen was born in quite a big family. Third of seven siblings, he was a child of a dress manufacturer in Manhattan's garment district and a piano teacher. He had a great interest in poker and claimed to participate in tournaments to “learn how to take risks”.

His main ideas of insider trading might be just described with this one quote:

The way I understand the rules on trading on inside information, it's very vague.

make profit now
Share
Tweet
Simon Knight
Self-proclaimed analysis master and a dad of 2.
more from Investing
Investing
How to diversify your portfolio with Forex
Investing
Forex vs Stocks: which suits you better
Investing
The Apple of Steve Jobs’ Eye
Investing
New social media tools to boost your business
Investing
A question of trading time
Investing
Forex vs. Binary options