Many computer schemes of the one Bill Gates

Simon Knight
Self-proclaimed analysis master and a dad of 2.
Bill Gates’s life is described in many books, articles, educational videos and even comics. However, it’s so much easier to look at it the way you look at a chart.

There is not a single person who hasn’t heard of Bill Gates. Co-founder of Microsoft, tech guru and one of the most influential people in the business world. Let’s find out what his life would look like as a chart. 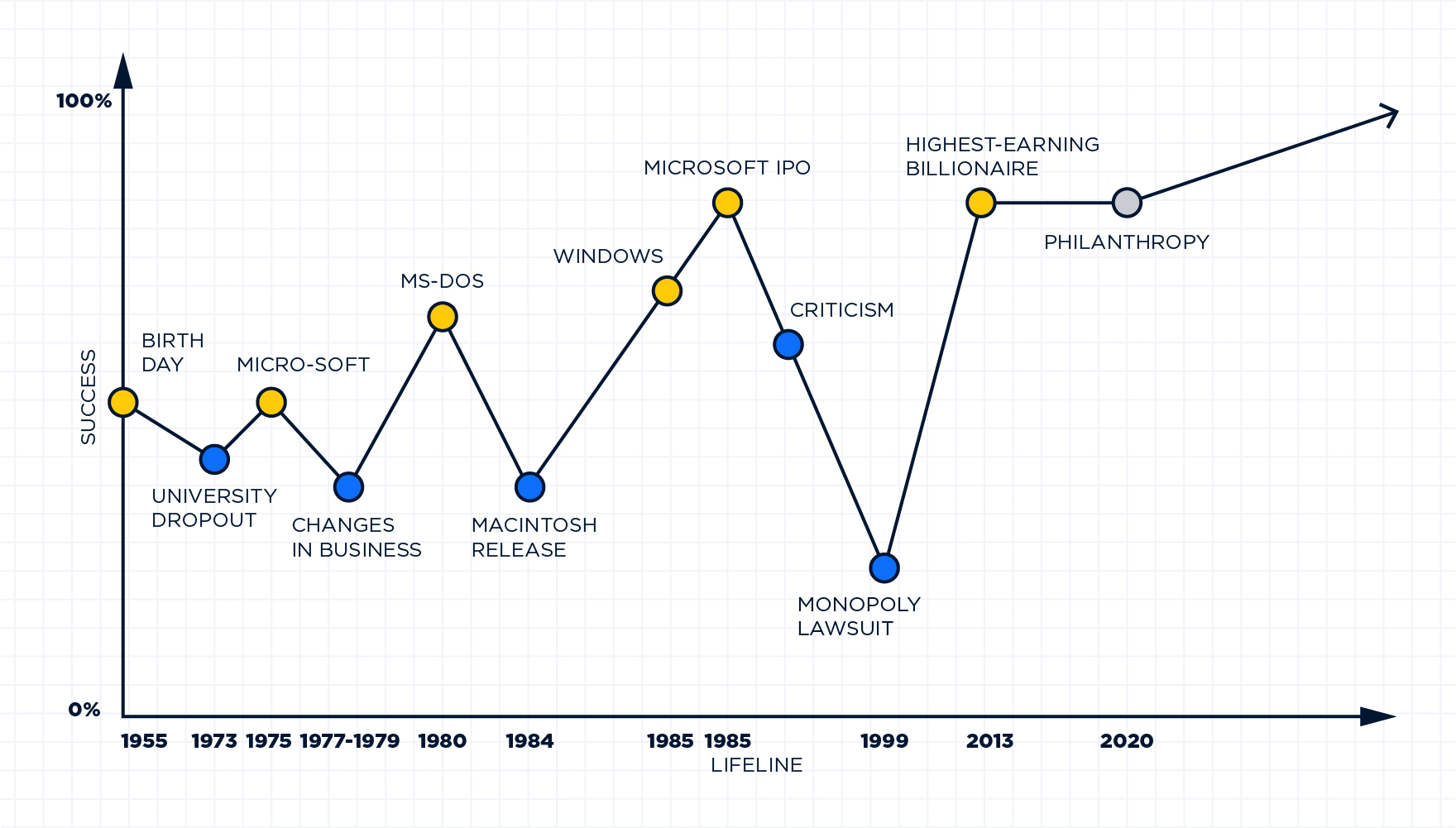 Starting point: Born to a rich and influential family, Bill Gates had access to the best education. During his days in a private school, he wrote his first software program and studied programming in general.

Lower point: Although his parents wanted him to pursue a career in law,  Bill Gates dropped out of Harvard University in 1973 to start his own business along with his friend Paul Allen.

High point: In 1975, they founded Micro-Soft (micro-computer and software combined). Their first product was a BASIC software that ran on an Altair computer.

Low point: In 1984, Macintosh strikes with a new computer. Its design and interface were way ahead of Microsoft, leaving Bill Gates’ success behind.

Low point: Critics and users claimed the Windows system to be incredibly slow (and a rip-off of Macintosh).

High point: Microsoft developed its programmes that run smoothly with the system and beat Macintosh in court. Year after year, Microsoft Windows started spreading among computer users, making it the system that around 85% of all computers had installed.

Low point: In 1999, Microsoft was sued for monopoly in the desktop-computer operating systems.

High point: In 2013, Bill Gates was the world’s highest-earning billionaire.

Neutral point: In 2020, Bill Gates stated that from now on, he would focus on philanthropy and step down from his board position at Microsoft.

Sharp intellect and out of the box thinking make Bill Gates one of the most interesting people alive, no doubts about it. We can all learn from him and his wise words:

It's fine to celebrate success, but it is more important to heed the lessons of failure.