Simon Knight
Self-proclaimed analysis master and a dad of 2.
Biographies are a detailed description of a person’s life, but we like to keep things brief, clear and straight to the point. So here it is, life as a chart. This time we learn about David Rockefeller, Sr.

Starting point: Heir to the Rockefeller family, David was born and raised in New York City, in the tallest, at the time, residence building (eight-story). He was the youngest of 6 children of John Davison Rockefeller Jr. and Abigail Greene Aldrich.

- in 1936, he graduated from Harvard University with honours - he majored, surprisingly, in English history and literature. Post-graduate, he studied economics and managed to study abroad at the London School of Economics for a year.

- To gain experience in the political field he was interested in, David Rockefeller worked without pay for 18 months as a secretary to Mayor Fiorello H. LaGuardia between 1940-1941.

- In 1943, he attended the Engineer Corps Officers Training School and studied military intelligence.

- After the war, he decided to gain experience in the business. In 1946, he became an assistant manager in the foreign department at the Chase National Bank.

- Then executive vice president in 1955.

- And by 1956, he was chairman of the new New York Chamber of Commerce Committee on Lower Manhattan Redevelopment.

- Finally, in 1961, he became chairman of the board of Chase Manhattan Bank. He held that position for 20 years.

- He still remained the chairman of the international advisory committee.

- In 1995, a significant part of the Rockefeller Centre was sold to Japan's Mitsubishi Estate Co. David Rockefeller was against this decision, but he was overruled by the rest of the Center’s trustees.

- Mitsubishi was going to declare bankruptcy of the Center, and David Rockefeller had to gather investors to get the amount to pay for their share and bring at least a part of it back to the family.

- Throughout his life and especially after his retirement, he was an avid supporter of charity programs and, an art collector. 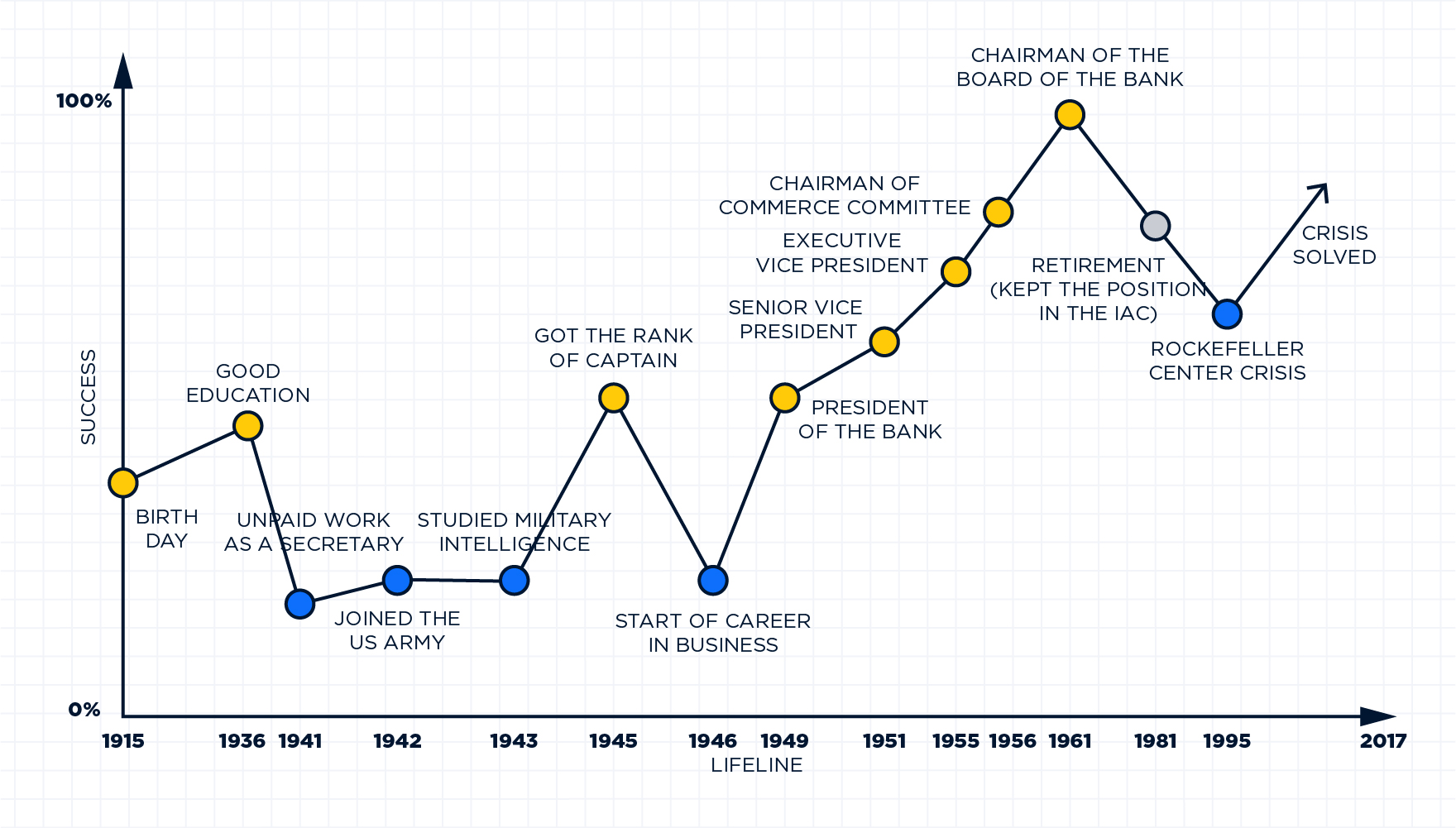 - Majority of the works of art he had collected were donated to MoMA.

- He was awarded the Hadrian Award of the World Mathematics Fund in 1994.

And here is a quote from him we could all live by:

“Money can add very much to one's ability to lead a constructive life, not only pleasant for oneself, but, hopefully, beneficial to others.”

make profit now
Share
Tweet
Simon Knight
Self-proclaimed analysis master and a dad of 2.
more from Investing
Investing
Forex vs Stocks: which suits you better
Investing
The Apple of Steve Jobs’ Eye
Investing
New social media tools to boost your business
Investing
Many computer schemes of the one Bill Gates
Investing
Forex vs. Binary options
Investing
How to diversify your portfolio with Forex